The extent of these mines are crazy – with the lowest levels around 500-600 metres below sea level – and given that the entrances are scattered high on the mountainside at 400-600 metres above sea level, this means there’s a lot of abandoned stuff down there. Unfortunately, the exploration of these lower levels is complicated by the fact that they’ve now completely filled with water, with pumping equipment being switched off when the mine was abandoned. Apparently, it took 5 years to fill all those levels with water after the mine closed.

Mark Ellyatt has made a few brave dives as far down as he can, reaching 5 levels underwater (with at least another 7 levels still below this). From the maps on his site, around 80% of the mine’s levels are now flooded…

There are a number of ‘levels’ breaking out of the mountain at various heights on the mountainside above Coppermines Valley. Most of these are linked vertically inside the mountain, and some horizontally such that you can pass right through a mountain and pop out in a different valley.

If you’d like to visit these mines, either do so with a trained guide or join a mine exploration society like CATMHS. These are extremely unstable workings and it’s only with experienced guides and the stabilisation works of organisations like CATMHS that some sections are beginning to be explorable in reasonable safety. 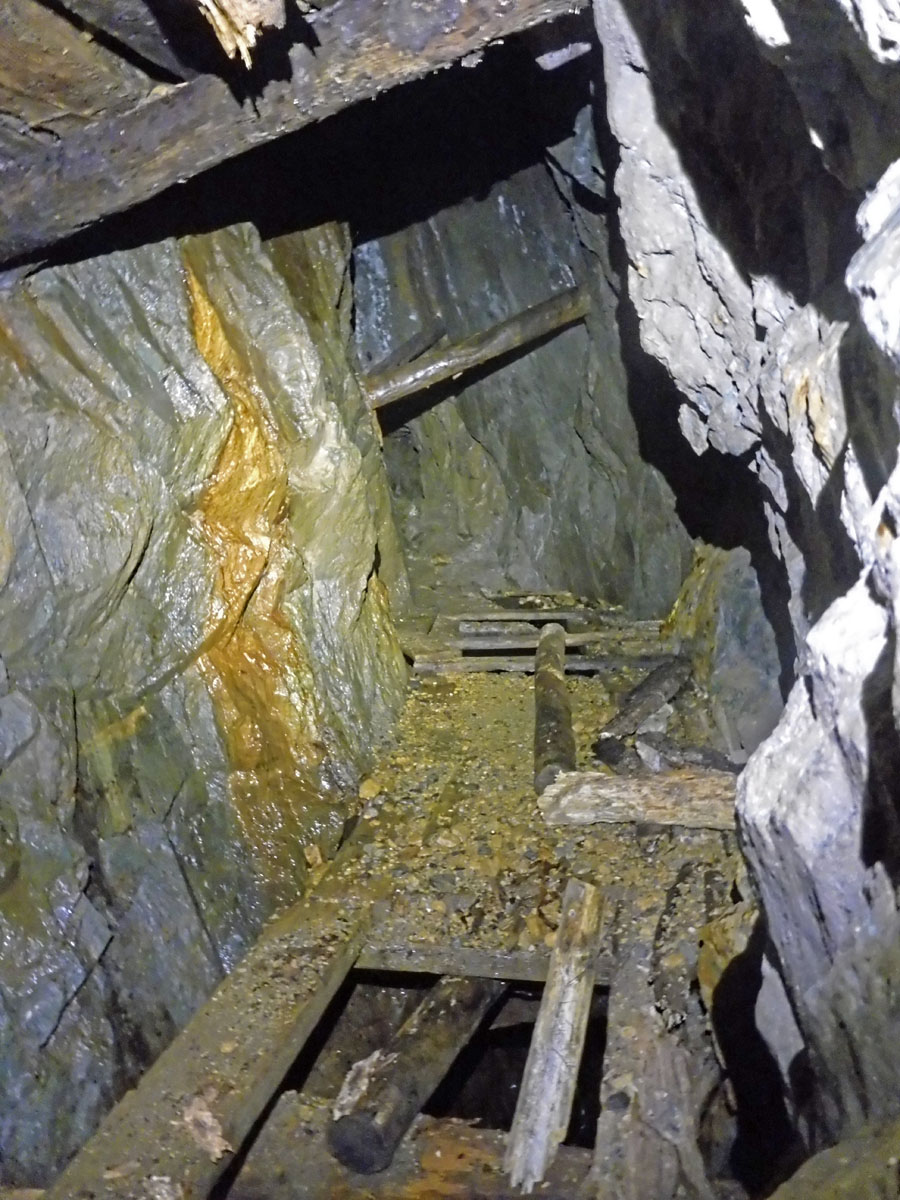 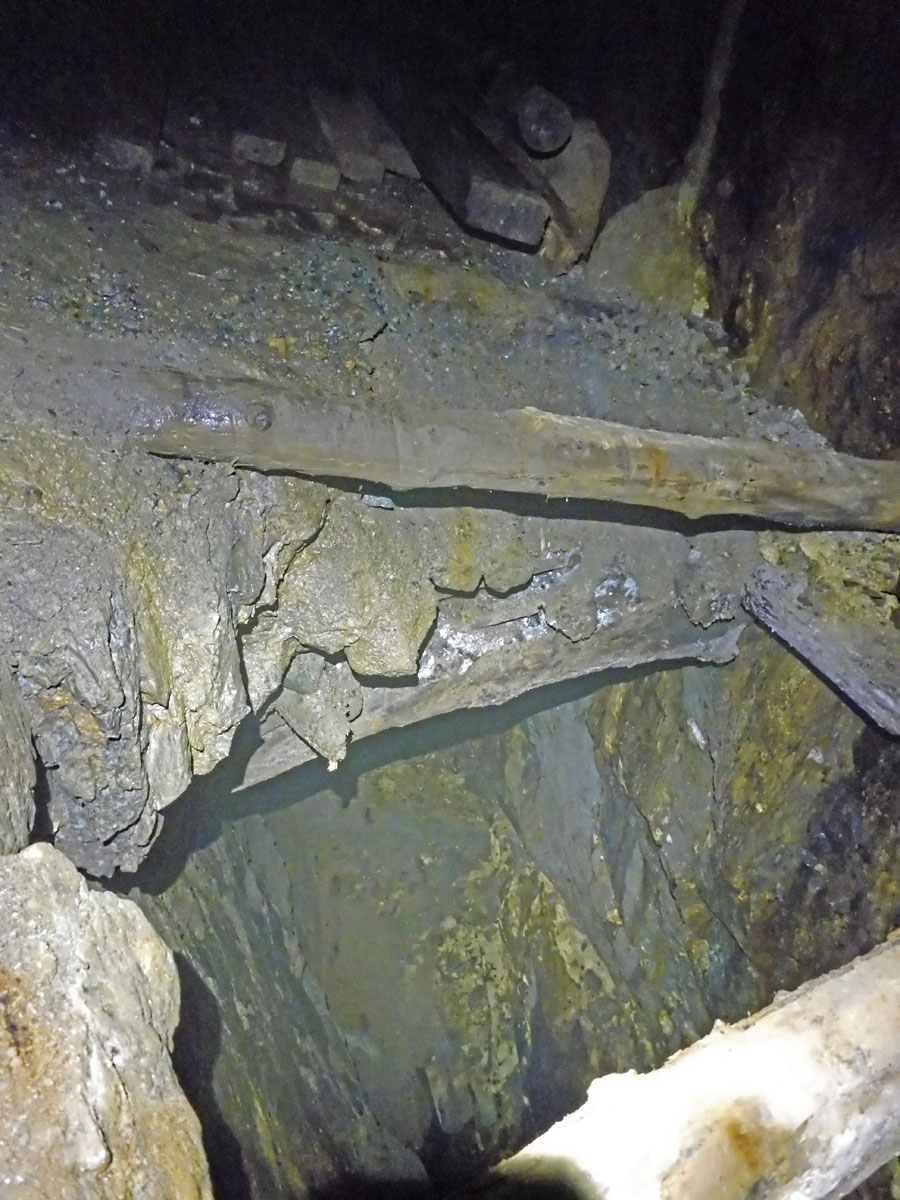 A few sections have been reassuringly and solidly stabilised by CATMHS. A lot of work (and probably brown trouser moments) went in to this – thanks guys. 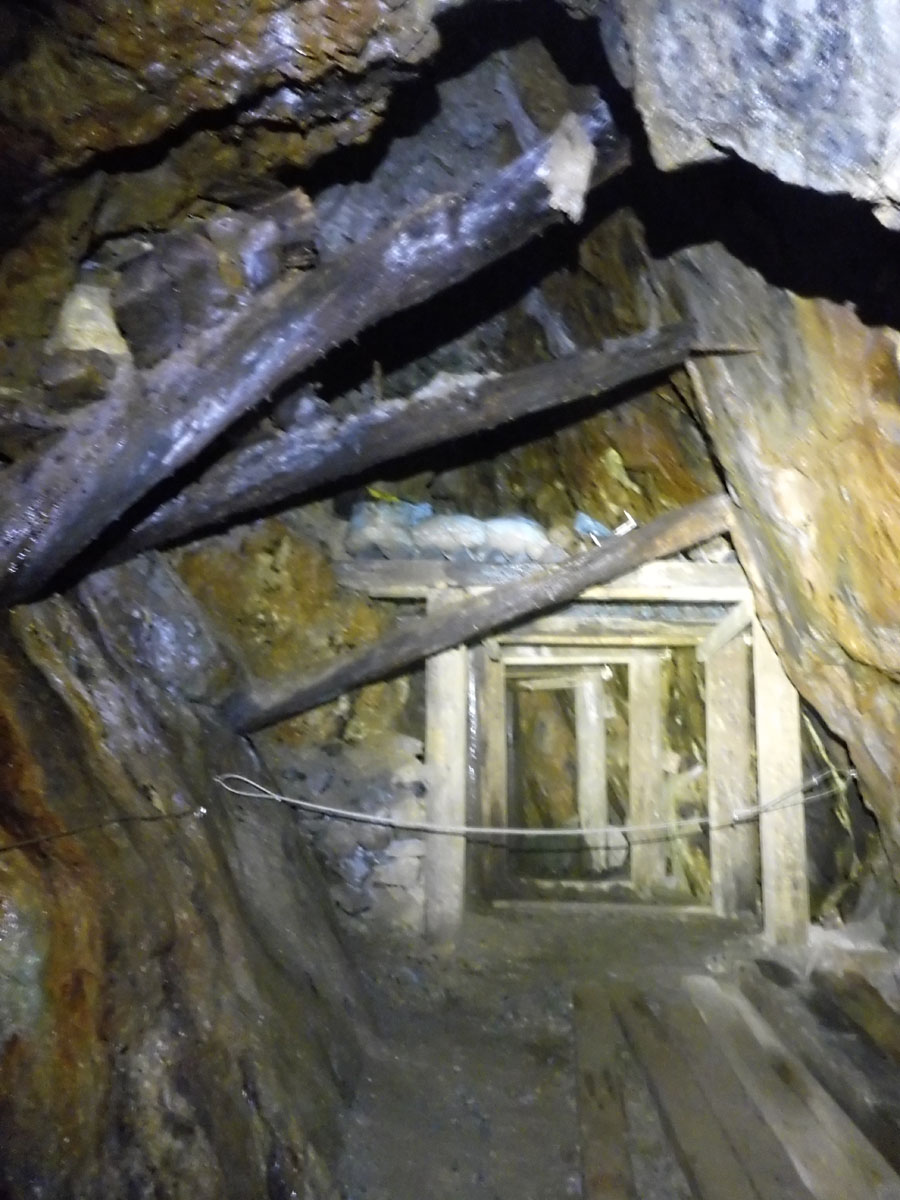 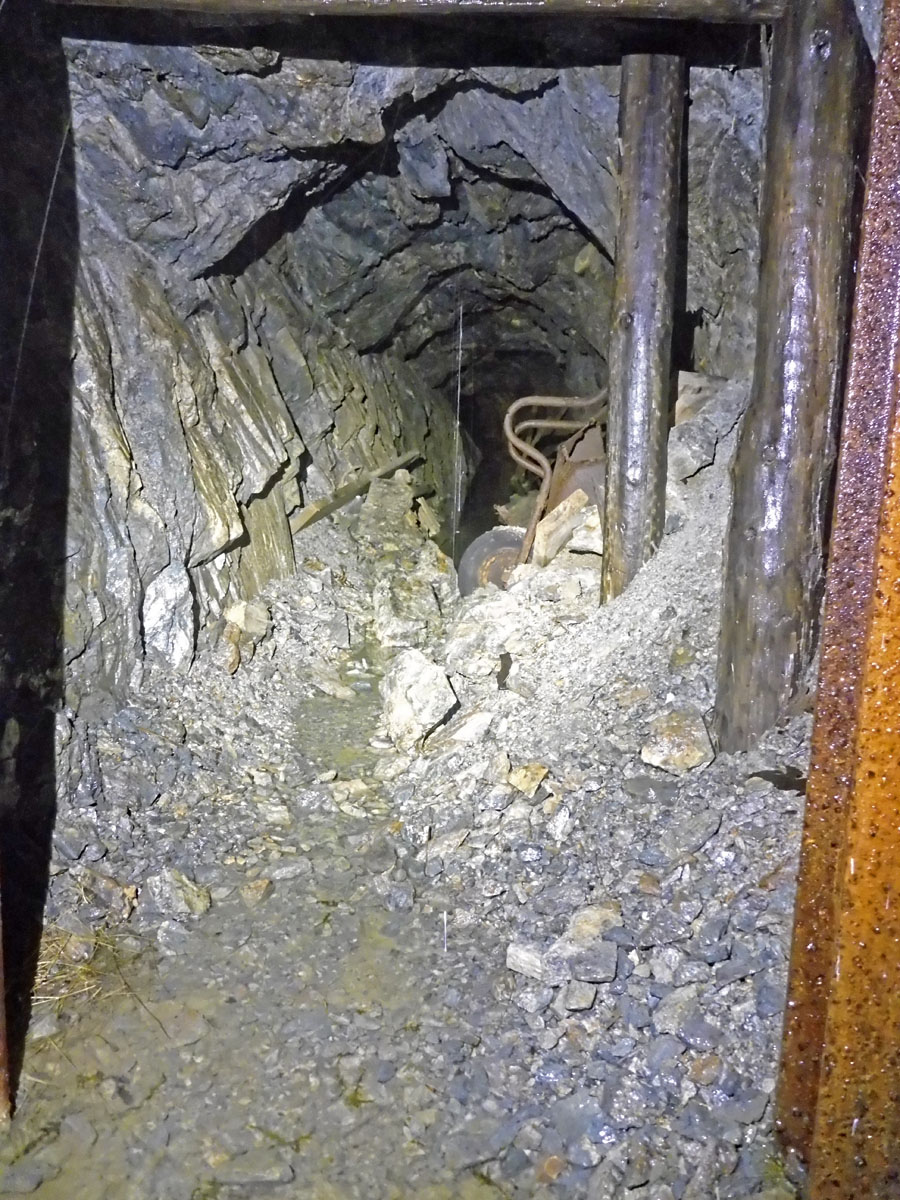 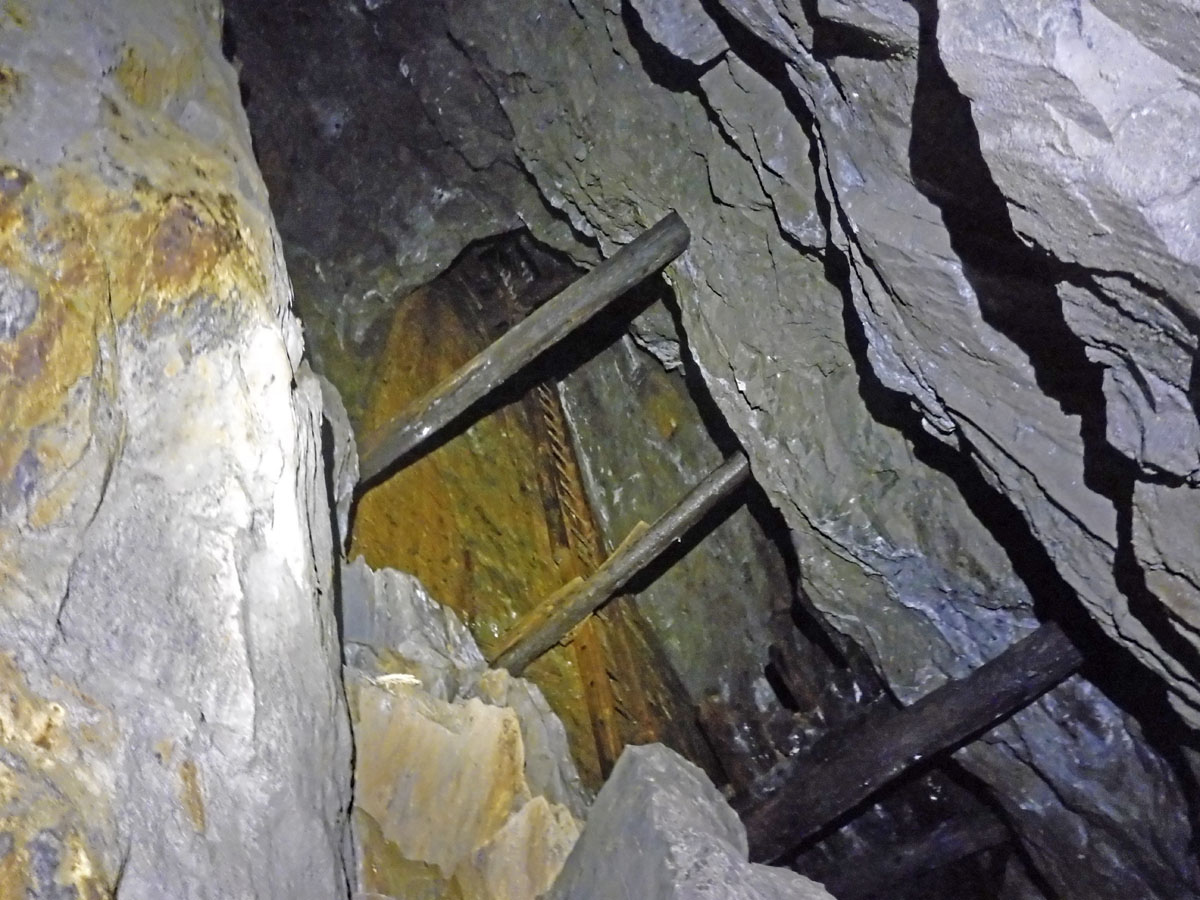 An abandoned drive heads off into the mountain from near one of the adit entrances – shin-deep water leads you past stacks of timbers and rotting digging tools, round a couple of corners and generally leading you on a merry dance towards a dead end in unstable ground. 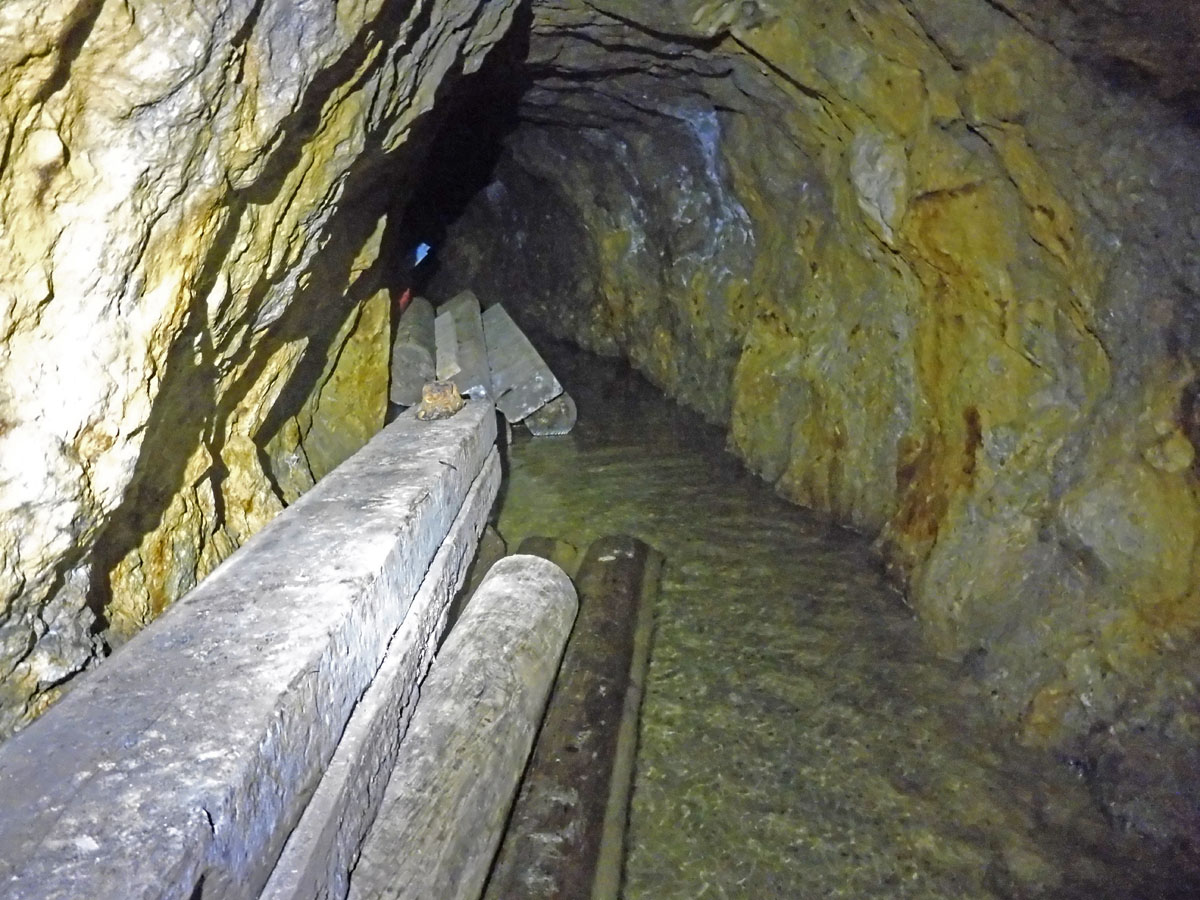 The end of a popular through-trip route crosses this yellow plank across a 40+ metre drop. This route starts way up the mountain at Paddy End beside Lever’s Water, passing down through various levels of workings to emerge at the Hospital Level. 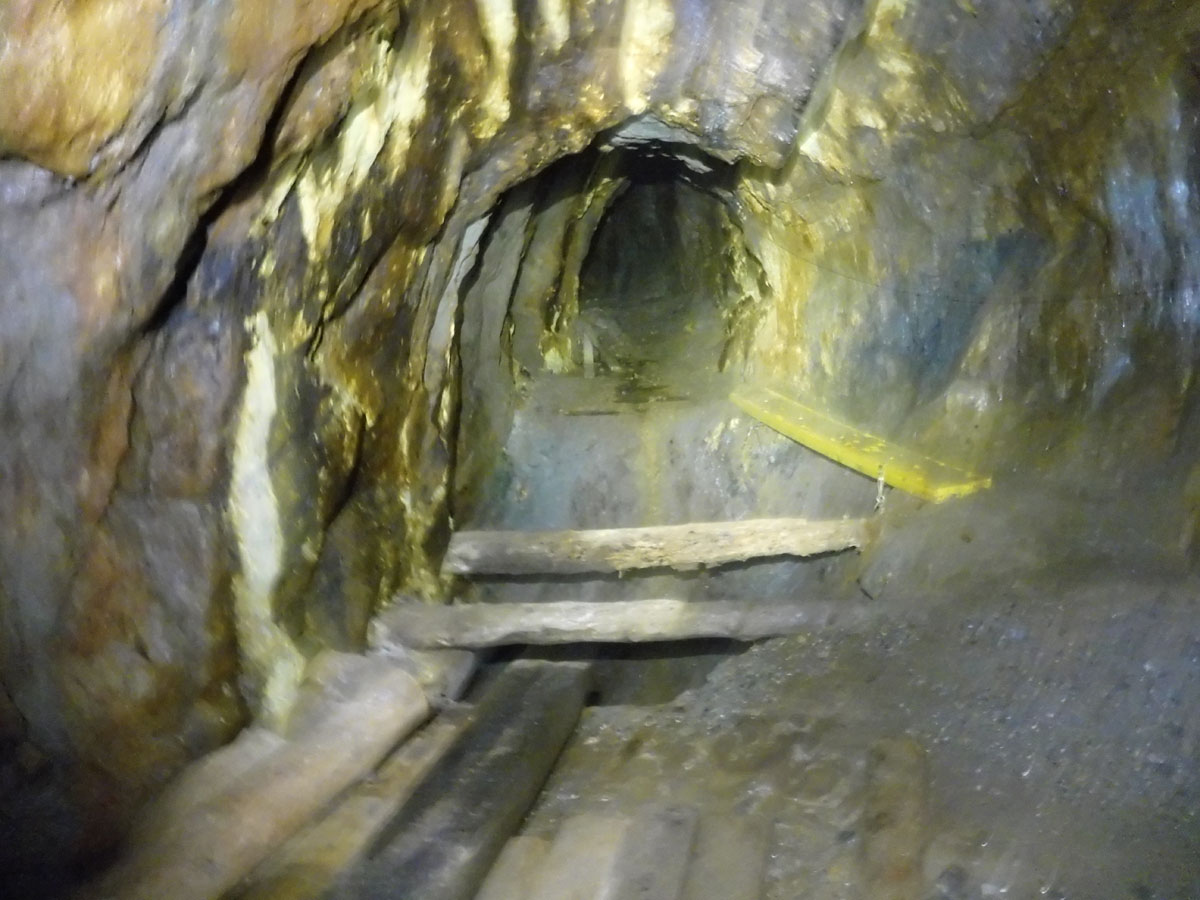 On your way out, a look to your left gives you a glimpse of a flooded shaft in the most vivid blue – copper in the water. This would likely have been an access point leading up from the dozens of lower levels below this that are all now flooded. 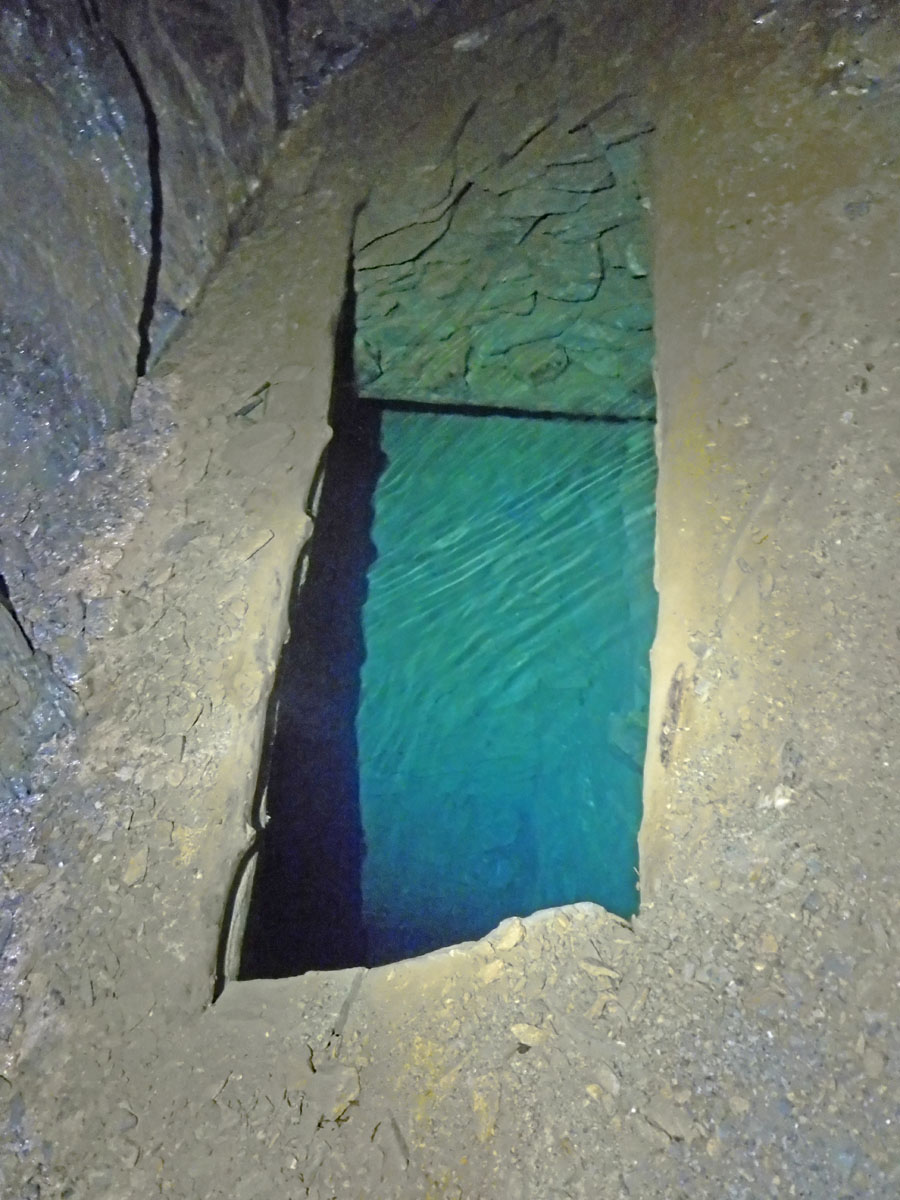