Tempted by home-made roadsigns pointing to a ‘Museum Zoopark’ on our way back down the Morava valley near Šumperk, we decided to take one of the best impromptu detours of our lives. The rollercoaster ride of the bizarre and tacky junk and tat world of U Havlíčků.

The childrens’ fun zone near the entrance was free to enter, so naturally drew our attention first. The lack of any children made it more of a demonstration of possible playground configurations. Two sheep were the only attendees.

I feel that what truly made our visit here was the sheer emptiness. Not a soul in sight, other than the wandering senile old owner, Mr. Milan Havlíček, dressed in ripped clothes and with oil-stained hands, collecting our entrance fee in his ice cream box of coins. The modest entry fee of 85 CZK clearly wasn’t providing him a high standard of living; this was the realm of one madman’s pure passion. 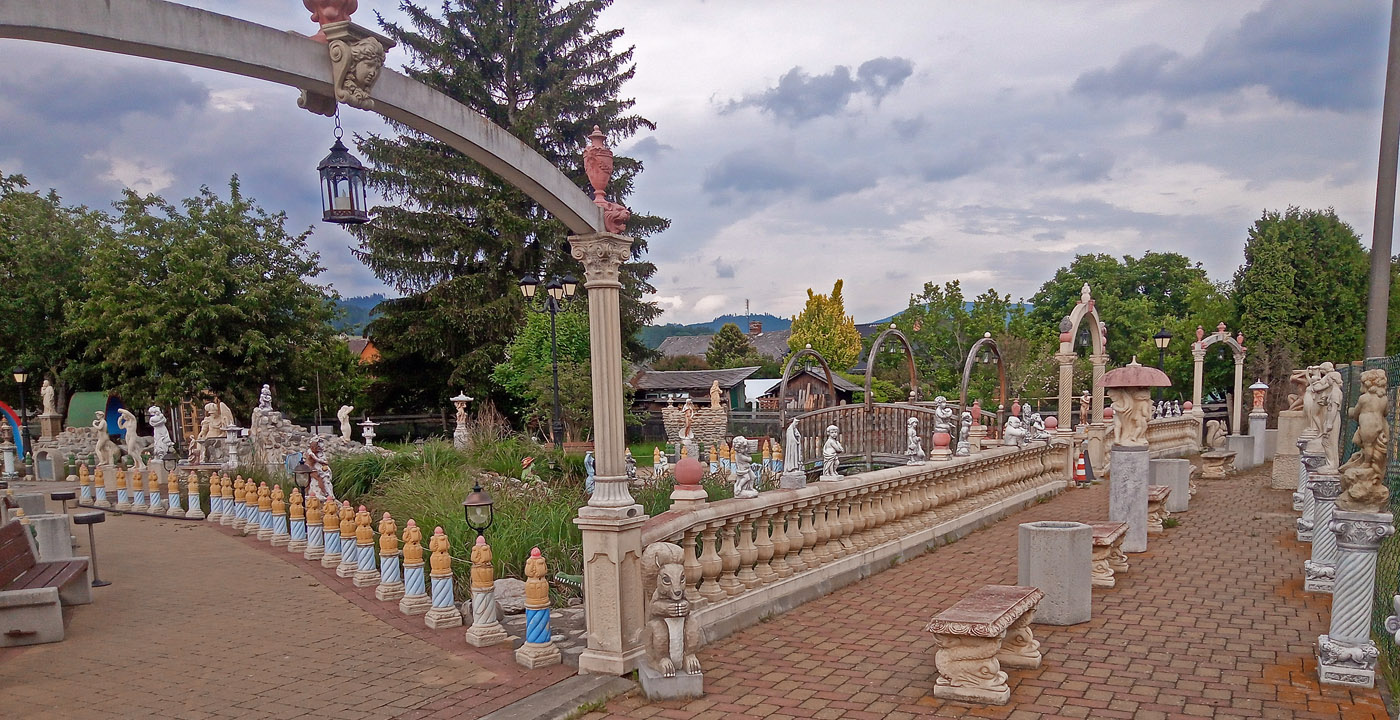 In one corner was Mr. Havlíček’s intense collection of crucifixes, which you could argue dilutes the holiness of Christ to the point of commodity. 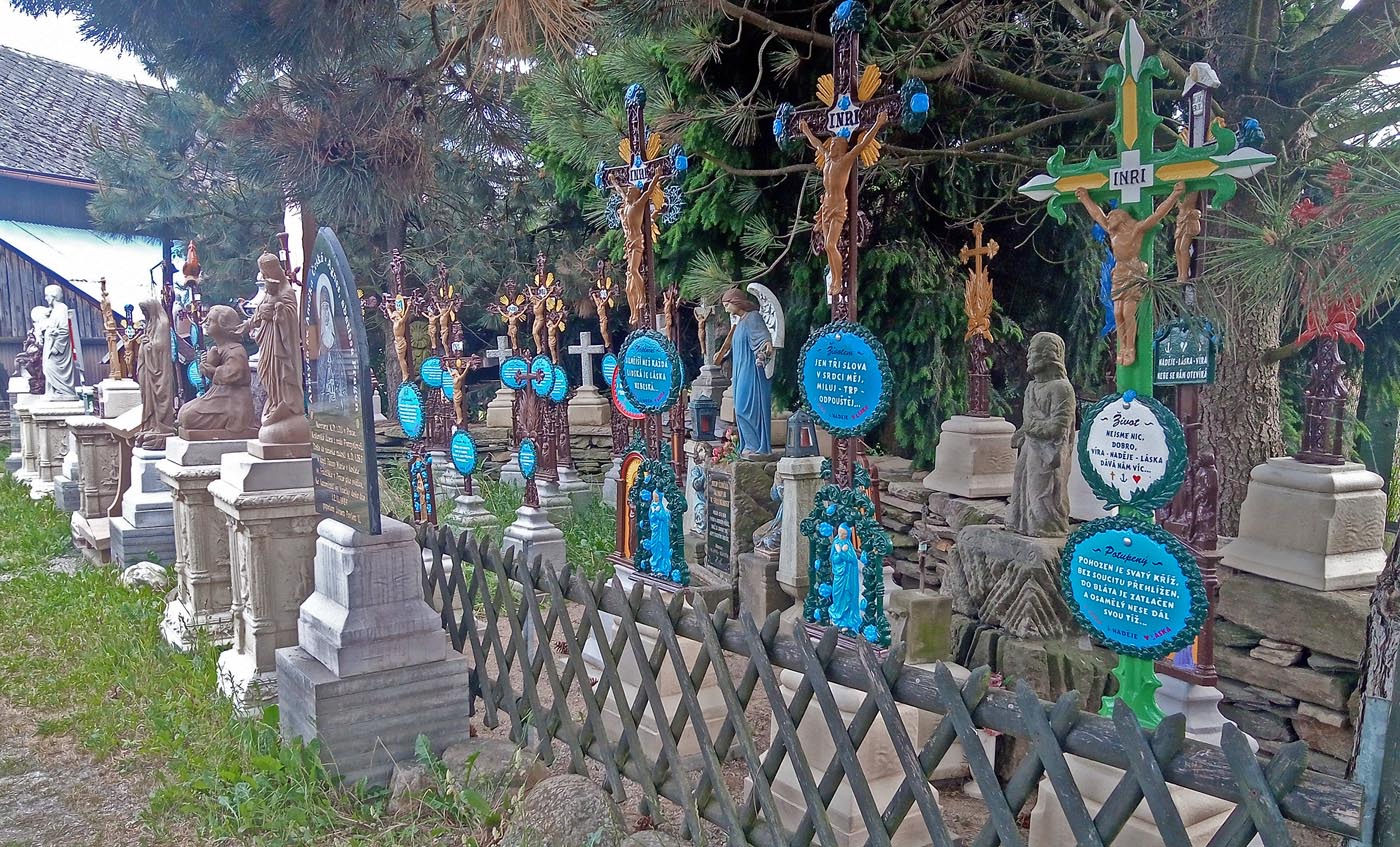 The Veterans Museum section of the park was essentially a yard full of rusting fire engines and associated firefighting equipment. A crumbling soviet tank completed the look.

And everywhere, endless statues. Lions, cherubs, Aphrodites, sheep and elephants. Most were plaster castings but some were carved. A workshop at one end showed these were an ongoing process, with various sculpture bits lying around waiting to serve their sentence in this jail of the absurd. 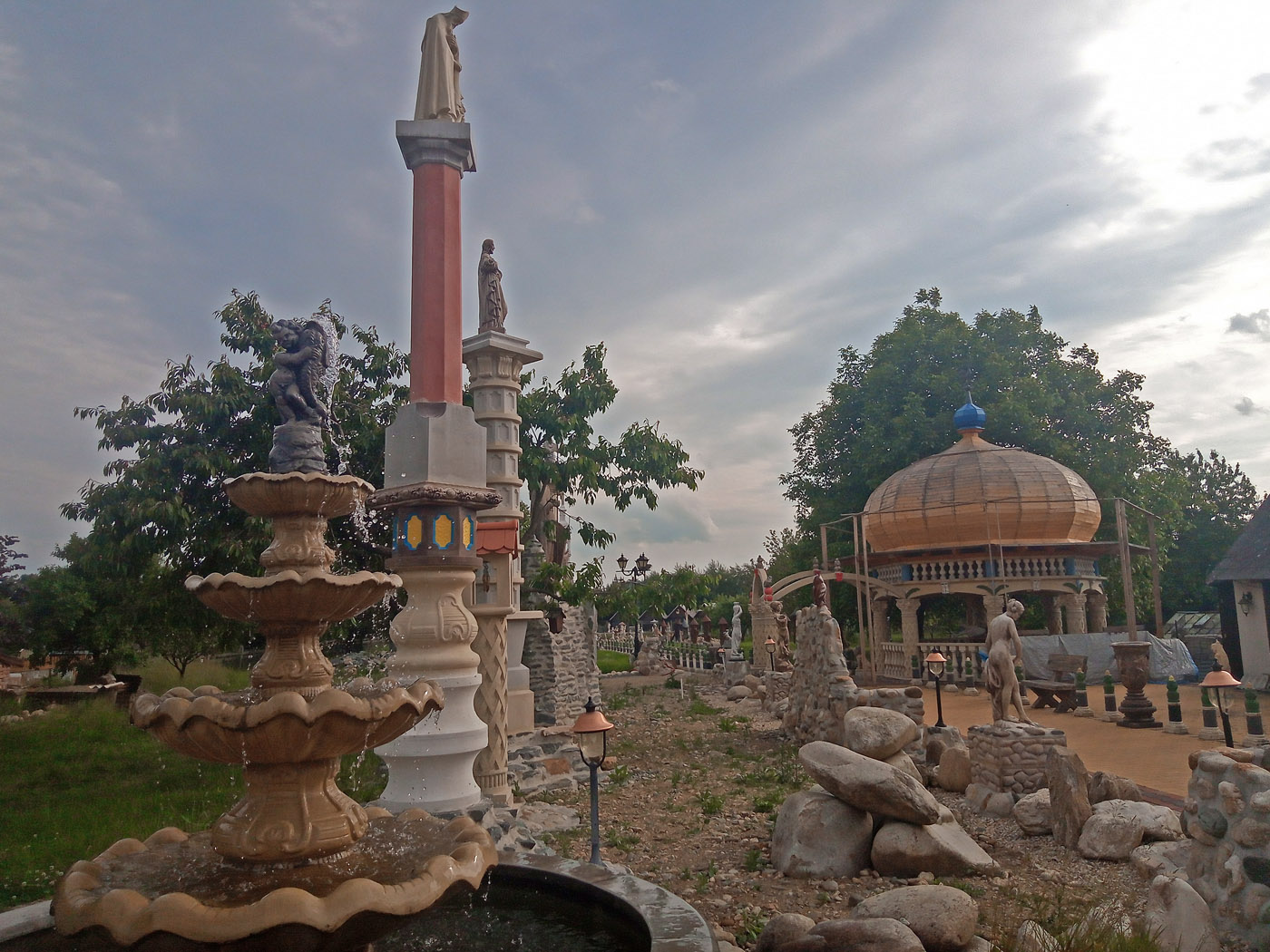 At the very back was an unusual forced commune of birds, with various local breeds all jostling for space in their towering avian condominiums. A small ‘safari’ area also promised rare animals but gave us only a couple of sad pigs and tiny upset donkeys. 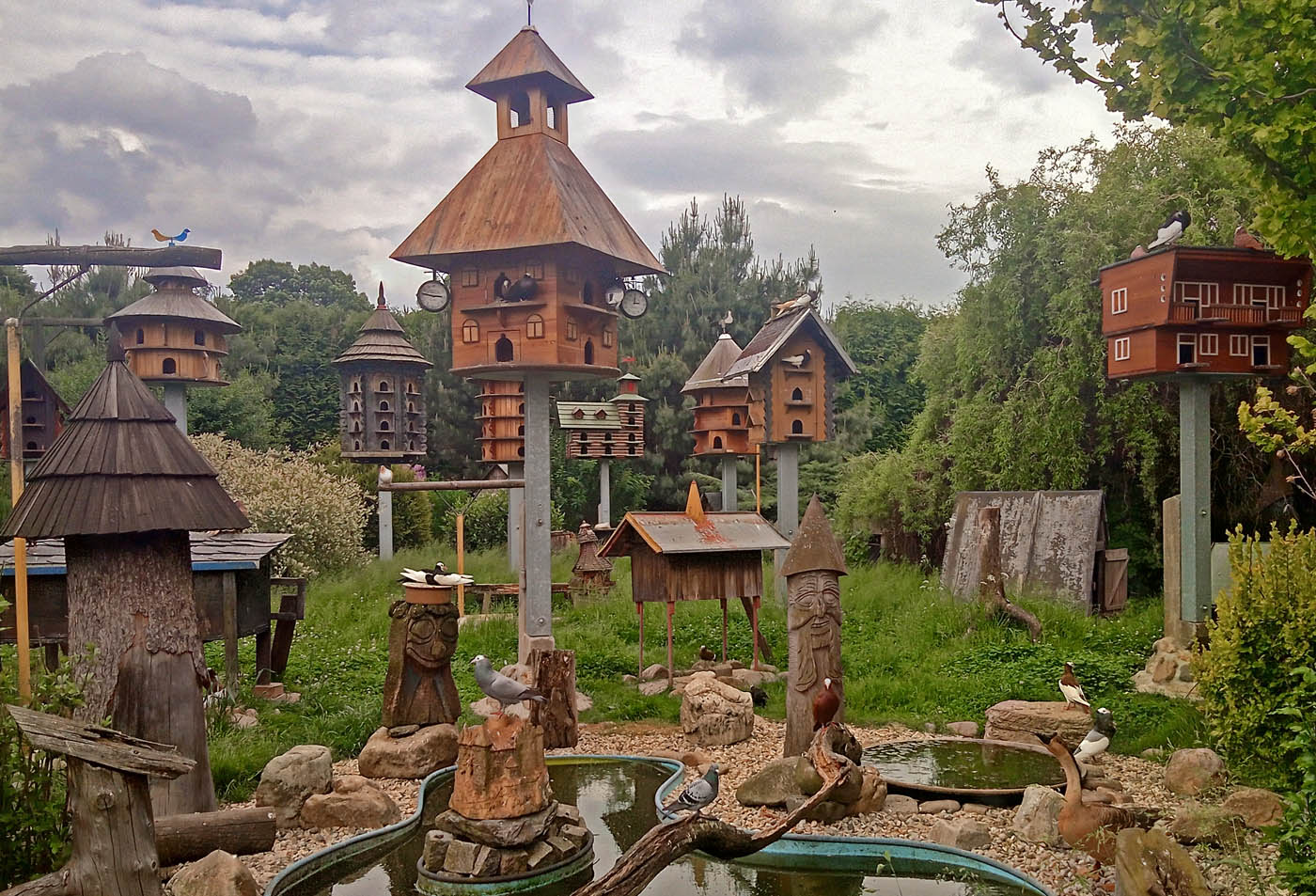 The place was a total gem, and one we’d heartily recommend to anyone wanting to experience what can happen when an old man with land runs riot in his twilight years. 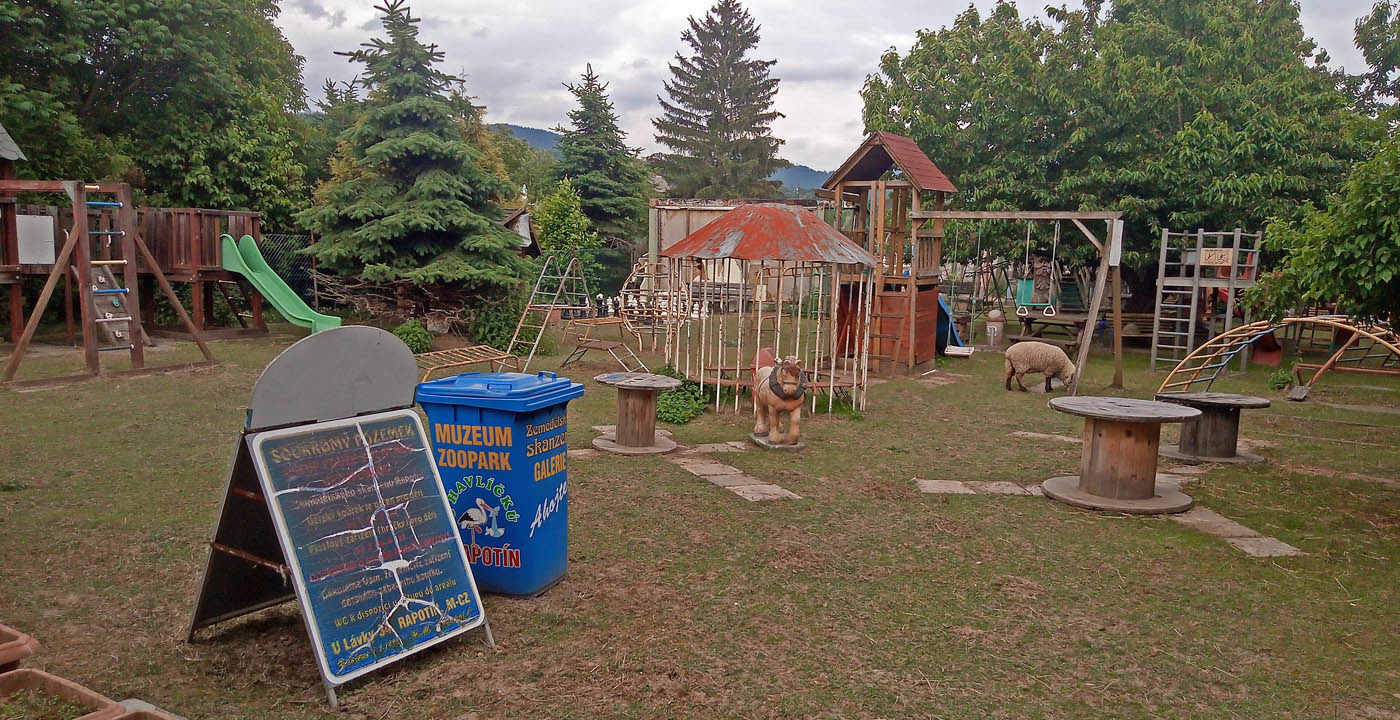