Castle (Hrad) Bouzov has a history stretching back over 700 years. Passing from local nobleman, to crusading knights, to Habsburgs, it’s been a part of the landscape in the upper Moravian valley for centuries.

At the outbreak of World War 2, as Nazi Germany invaded and annexed Czechoslovakia, Heinrich Himmler himself twisted the arm of the local monastery, forcing them to sell Bouzov for a paltry million crowns – as a gift to Adolf from the locals. 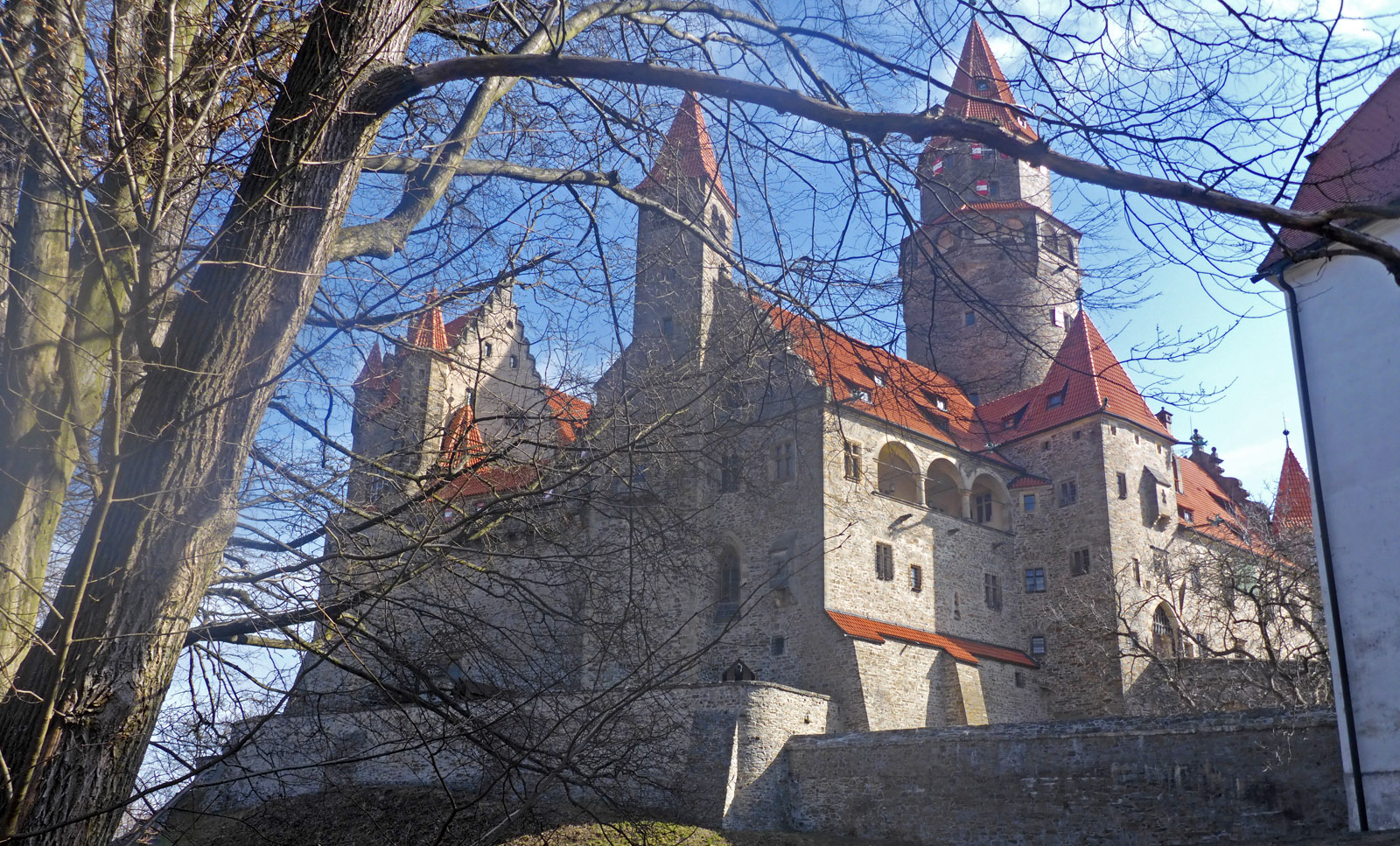 They ransacked the place in their retreat, leaving it abandoned until later in the 20th century when it was restored for use as a tourist destination. Nowadays, it’s a great accessible example of a medieval castle.

A couple of features you can easily spot include garderobes – the castle toilets. No high-tech innovations here – simply park your back end over a hole and let battle commence – the results would then plummet down to tanks on the ground below. The red arrow below points out the overhanging loo-ledge. 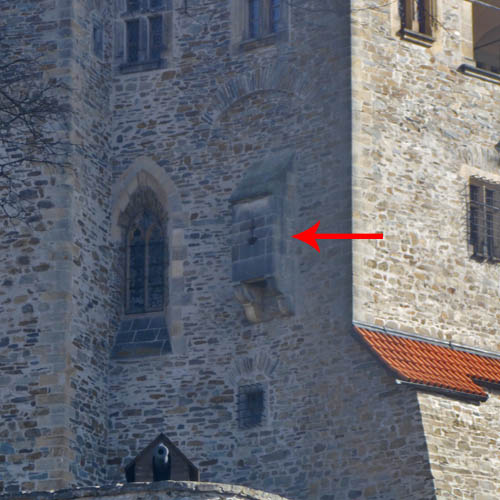 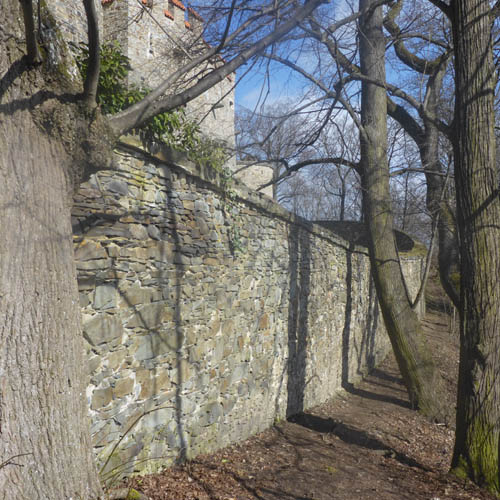 Another feature shown above is the battlements/curtain walls – these encircled the main castle compound and represented the first line of final defence.

However, Bouzov rarely dealt with front-line action – mainly fulfilling a precautionary role, guarding over the Olomouc to Lostice trade route, important for the local monastery. 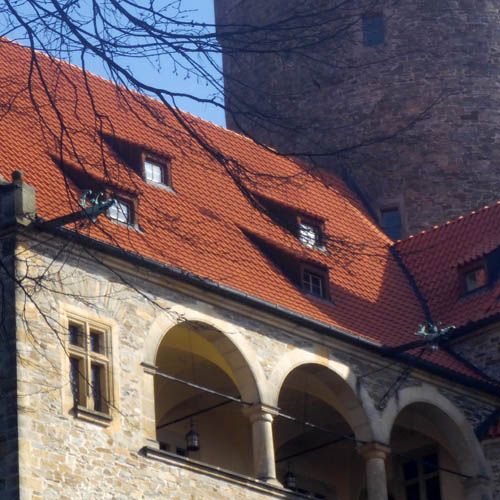 The castle’s grounds make a great extension stroll too, with forest and a small lookout hill to scramble up. Check out their site for visiting details – you don’t have to pay to enter the grounds if you’re a cheapskate like us! 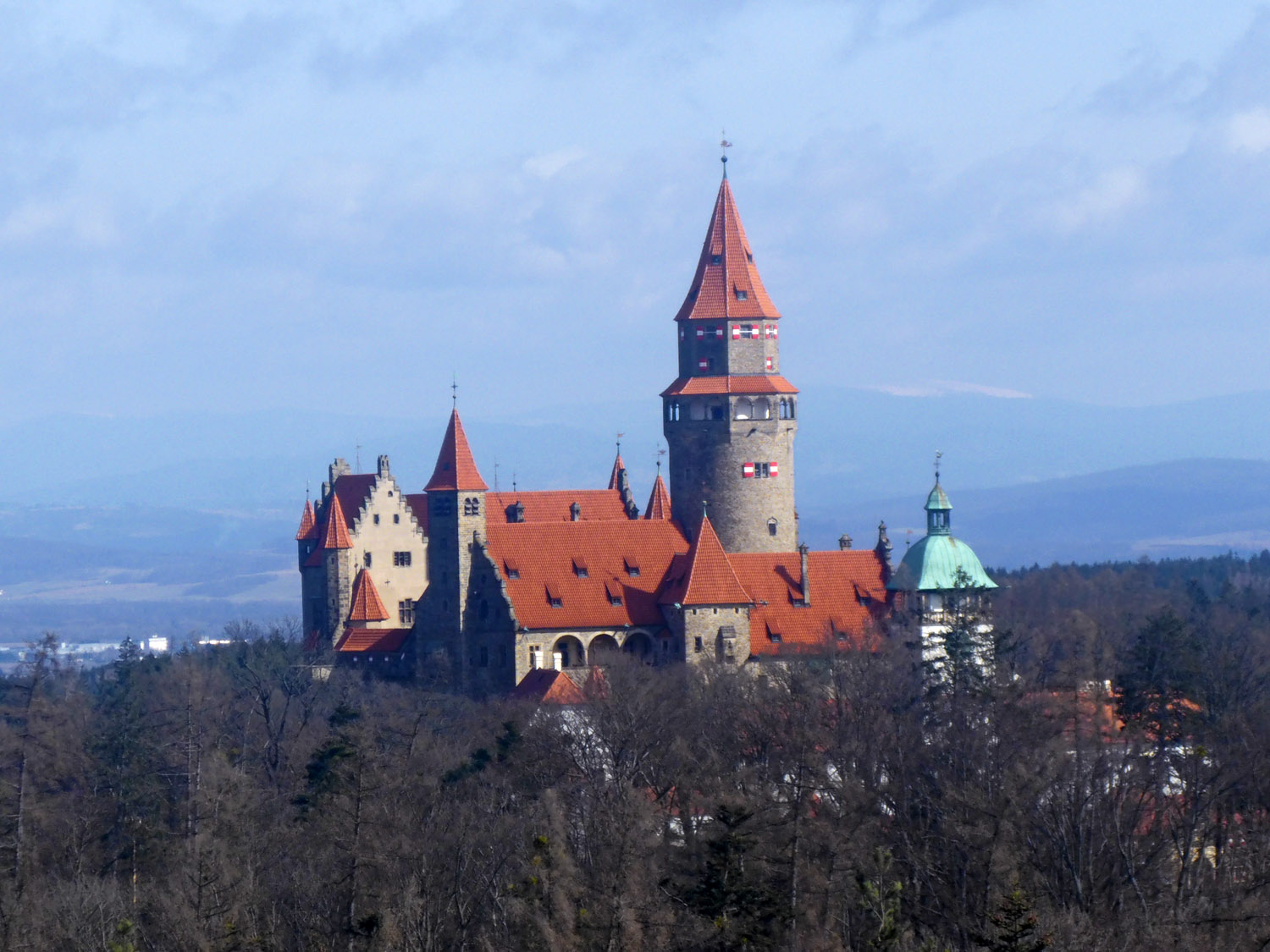