Go to content
WARNING: Mountains are dangerous places. Always ski within your abilities, assess slopes and conditions yourself.

Szczyrk (pronounced ‘Sh-Cherk’) is Poland’s premier ski resort – with over 37km of linked pistes and 15 chairlifts/gondolas.

A few years ago it was bought by Tatry Mountain Resorts, the Slovakian company running the large Jasna resort over there, among a few other smaller resorts around the Central Europe area, such as Czechia and Austria. As a result, there’s been heavy investment in the lift and snowmaking infrastructure recently, resulting in an area which might surprise visitors who have certain outdated expectations. 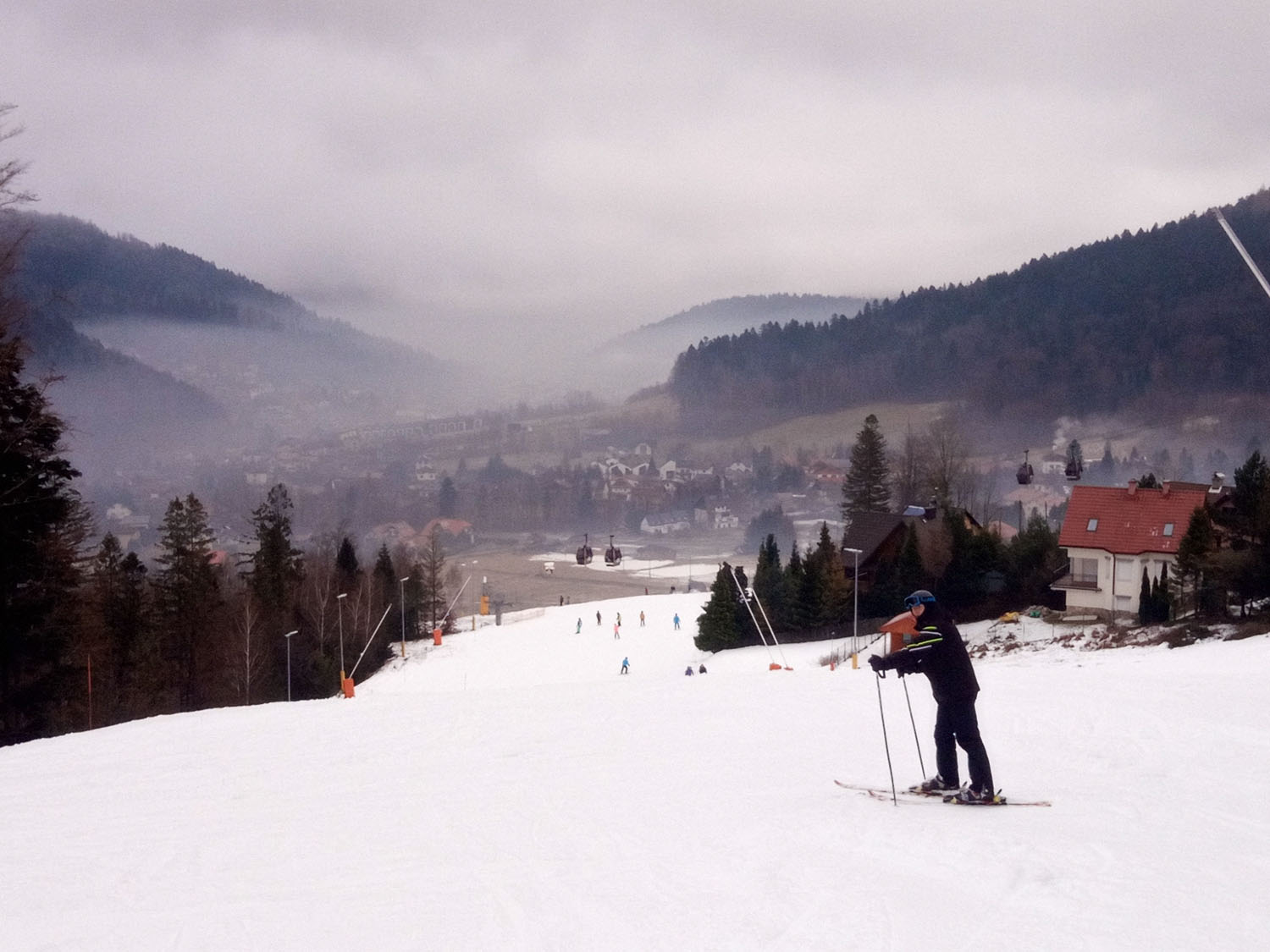 This investment means the resort is often one of the earlier ones in the area to open; and with a relatively rewarding amount of vertical and fast lifts, there’s a good chance it’ll be worth a December visit if you’re around. 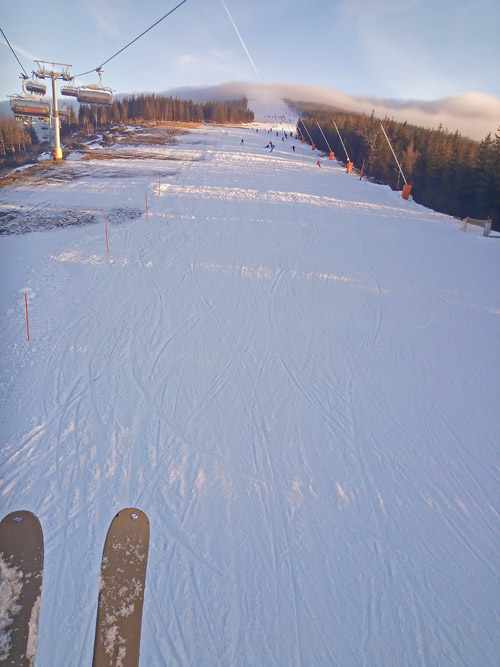 You’ll probably find yourself initially confined to the gondola and the chairlift above it, with the blue/red slopes beneath these on offer. The total descent is around 700 metres – certainly a leg-burner for many people at the start of the season if you do it in one long run – so there is a worthwhile amount of skiing to be had. Both lifts are fast too – and the top 6-pack even has heated seats.

Parking tip: Make sure to use the official car park in front of the gondola, which is free. My first visit, I followed a chap who waved me into a side-field and then charged for parking – the official one is free.

Szczyrk’s main issue comes with the weekends, however – being situated close to lots of urban areas (Zywiec, Bielsko-Biala, Katowice etc.) it gets a lot of day-trippers. The lift system is quite modern thanks to the recent investments, but queues can still become a ballache on Saturdays and Sundays. No more so than skiers will have experienced at other peak times in other resorts, however.

The queues can vary wildly – check out the examples below of the queue taken just an hour apart.

What about other nearby choices? The famous Wisła valley just 20-30 minutes’ drive over a pass is an excellent and varied choice – with around 8-10 smaller ski hills spread throughout the valley, most of which put efforts into manufacturing snow for a December start to the season. Most of these have just a handful of slopes served by a chairlift and a couple of beginner tows – so they may not be vast but can certainly provide a day each of fun. Accommodation is cheap around here, so get a cheap Airbnb and visit a different slope each day. 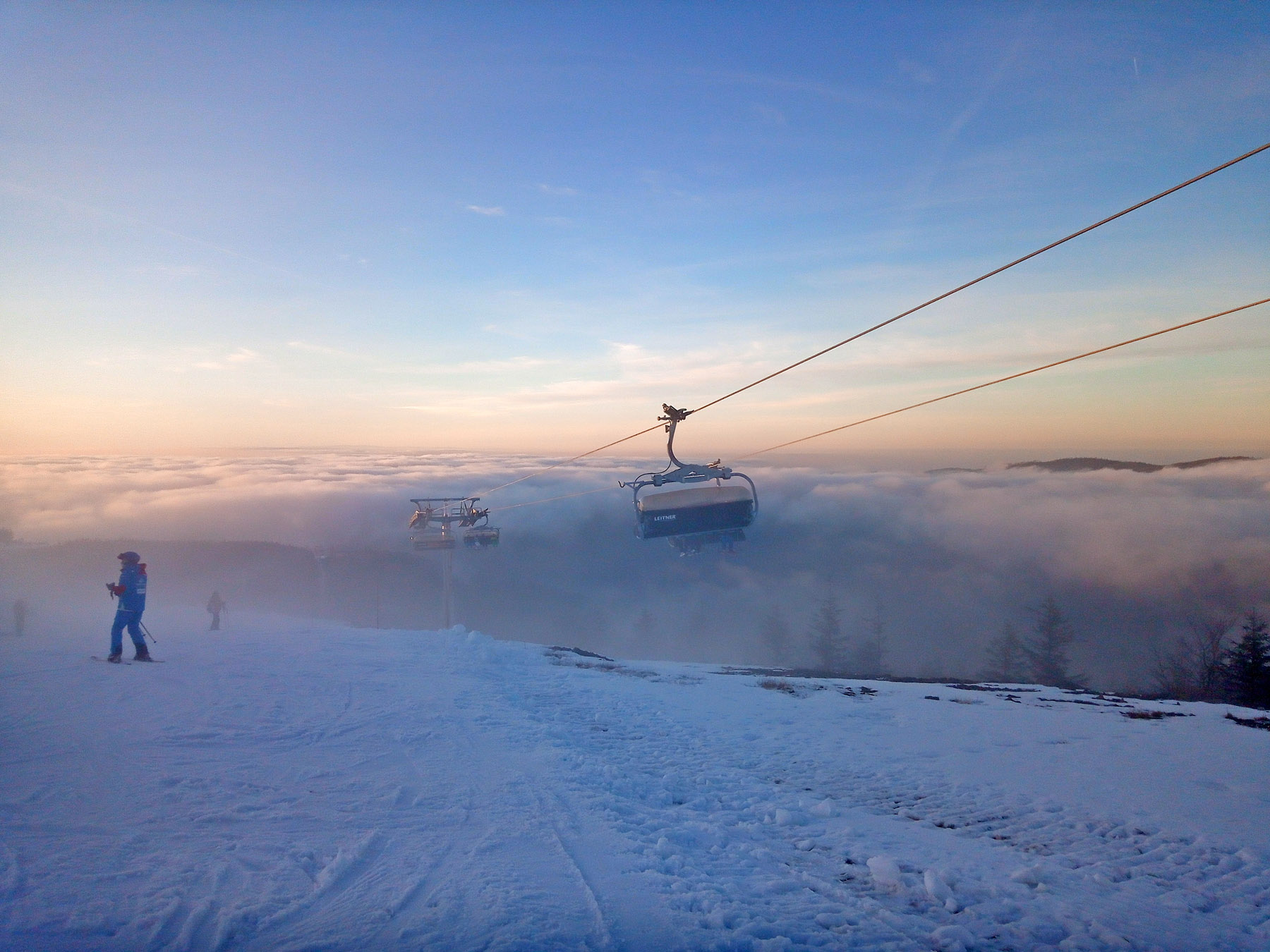