Go to content
WARNING: Mountains are dangerous places. Always ski within your abilities, assess slopes and conditions yourself.

Following on from my guide to grabbing some early-season runs in Poland, here’s the guide to making best use of the resort when it’s fully open.

With the Covid pandemic worsening in Czechia, it was looking increasingly like a ‘draconian’ clamping-down of restrictions was heading our way. It would be my last chance in a while to get some skiing in, and now partway through February I was already considerably behind my skiing schedule for the season. So I booked an airbnb over the border and bundled my skis into the car after work on a Friday evening.

As I discovered in the previous article, the lifts here are pretty top notch – all fast chair and gondolas. In the bite of the Eastern European february winter, the lift bubble covers and heated seats were very welcome. Snowmaking also covered the main slopes – even with just a light dusting of natural it felt great snow to ski. 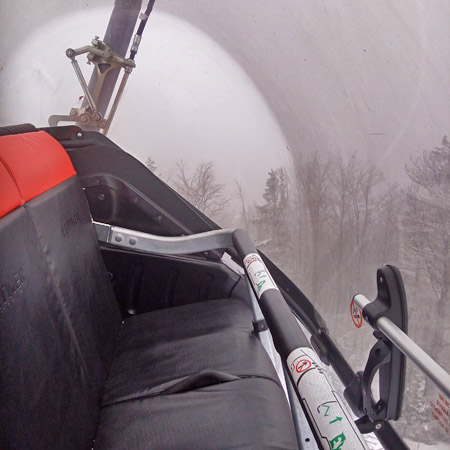 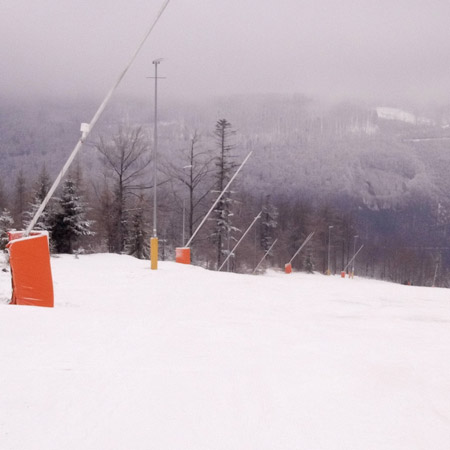 The first big difference with skiing this season is social distancing in lift queues. Szczyrk have tackled it by separating into four narrow mini-queues, each 2m apart. Staff acting as verbal cattle-prods patrol the line making sure people don’t get too close within each queue. Everyone else seemed to be taking measures fairly sensibly in snack bars, toilets etc.

Szczyrk’s busiest and central sector offers a gondola with a fast chair above it. The top blue section (3b) is a great flattering blast, suitable for early intermediates. The views are great, and the top part of the slope easy enough that you can take time out to enjoy it. The lower half is much steeper, and was a bit of a battlefield of beginner corpses. Ride the gondola down if you’re not sure! For those who are sure, you can get some real speed up here on the blast down to the gondola base station. 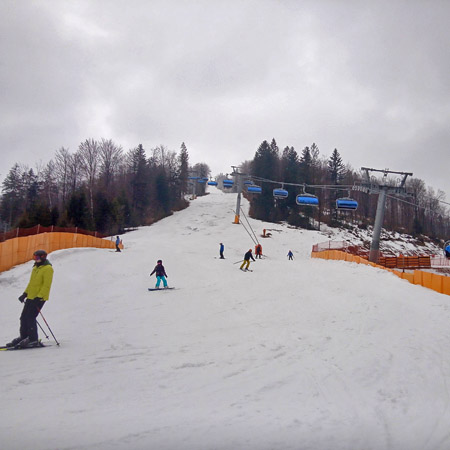 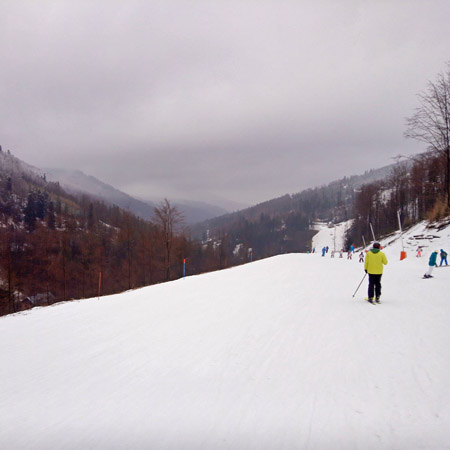 Heading skiers left from the mid-station, a blue and red squirm their way down the steep hillside towards Solisko. These re a little less steep than those heading down to the gondola base station, but the blue 4 could still be a little disconcerting to an early intermediate. A couple of nice snack bars on the way down are worth a visit if you’re feeling peckish.

The red (7) was closed for my visit, but I tried it anyway. After a bumpy, pistebasher-churned start it settled into a glorious empty blast through fresh powder. The bottom half of the run was appalling though, so don’t get too cocky – rejoin the blue.

Heading over towards Wierch Posredni, the westernmost peak of the area, you pass through Solisko, a small junction of lifts between the two peaks offers parking and drinks, before another fast 6-seater whips you up to the summit of Szczyrk’s lowest sector.

The slopes here are much quieter, the lift less busy and the slopes feel longer. The blues here are some of the friendliest-feeling ones in Szczyrk. The reds here are only really variant sections of the blues. The bar partway down slope 10 is quiet and a little cheaper than those at the main lift stations – this is also a great spot to park if you’re got pre-paid lift passes

This area is actually a separate resort, but with a shared lift pass and connecting slopes and lifts, I decided to pop across to Skrzyczne past the CLOSED signs for a nosey. The winding blue you join is tear-jerkingly lovely – In thick fog and with fresh snowfall it was magical, but I’m sure it’d be a different kinda spectacular on a clear day. Winding back and forth, flatteringly gentle it winds down to the mid-station. I had a lycra-clad serious ski lady giving me some sort of telling-off here, so I’m not entirely sure whether you’re supposed to be over here or not. Oh well, my pass worked.

I lapped the lovely blue and its red alternative a few times, before declining to try getting to the bottom on the closed slope. The FIS black slope also looked busy with serious people so I avoided straying on to it. For my final re-ascent I used the T-bar; without a doubt my least comfortable lift experience of all time. With slopes mostly above 45 degrees and a ride time of 6 minutes, be prepared for this one if you’re gonna use it. I saw 2 sheepish victims picking their way back down the steep lift slope having encountered unknown difficulties on the way up.

The connecting track back to the main resort was also very patchy. Granted, it was marked as closed and most folk had unclipped and were walking it. I determined to make it the whole way on my rock-hoppers though, and did so with success and a minimum of core shots.

Back on the main slopes, it was time for a few more endurance laps to finish my calves and quads off on the now-empty mountain, before a final descent to the gondola base for sausages, cheesey bacon cranberry things and funky bangers from the Red Bull DJ. 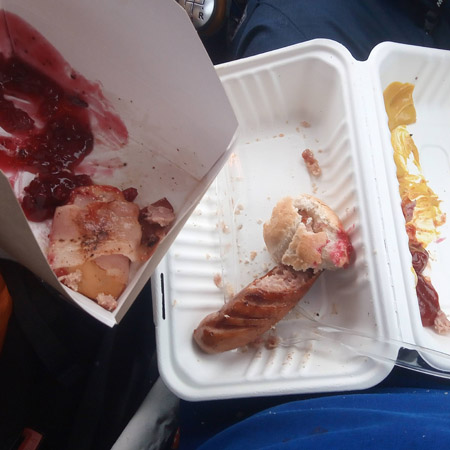 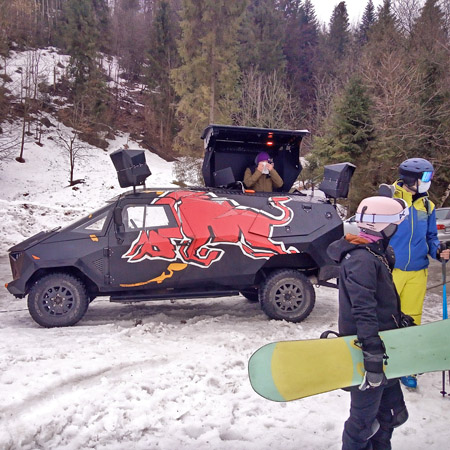 A great day was had, and for someone used to riding hundreds of miles of pristine alpine motorway pistes, I can tell you that during these testing times, Szczyrk was a completely suitable stand-in. For a day-trip at least, you should get what you want here :)